But Jesus wasn't political or was he?
Donald Trump isn't a Christian, or is he? 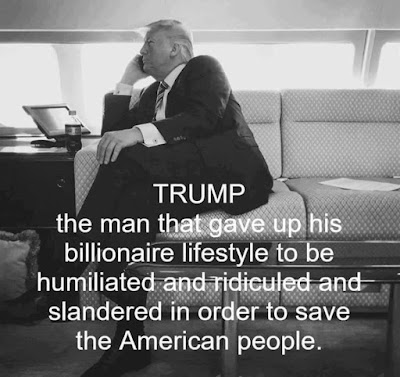 Like Moses I can't speak to save my life, so I write.  You see, when you speak, there is no delete button, once it’s said, it can’t be taken back.  When you write, however, the delete button becomes your best friend.  So, I write, edit, write, edit, write, edit, until I can make some sense out of it for my readers.
With that being said, I've spent so much time in the Old Testament just to find some semblance of hope.  I have found some clues, prophesies, and hints that maybe, the church fathers of the Reformation, and some Bible scholars of old have gotten wrong.  It wasn't because they read the Scriptures wrong, or didn't know history and context well enough, it was because they didn't live long enough to see GOD's plan play out.
Go with me for a minute here.  If you recall, the disciples were completely clueless as to Jesus's mission when he started his ministry.  The people who followed Jesus were way more than the twelve appointed, and all were completely baffled with everything Jesus taught them. It wasn't until AFTER his life,  death and resurrection played out that some things started making any sense to them. Even then, they didn't have the full story until the Holy Spirit enlightened them on Pentecost. These wonderful dedicated men were not Biblical scholars like Paul the Apostle was, and he had to put some of the pieces together for them.
Saul as he is first called, was trained by Gamaliel, who was the best of the best, and Saul didn't recognize the Christ  until Jesus appeared to him on the Damascus road.  It took a Supernatural event, and enlightenment from GOD to convict him.  Even after he was converted, Paul had to spend three years all alone being taught by Jesus in the desert (See Galatians). I think Paul learned more and more as he wrote the letters of his Epistles.  I know that because it is while I write, it's as if GOD is speaking to me through my finger-tips.
Even as the scholar he was, and for as close to Jesus as he was, even he did not know that two-plus thousand years would pass before the second coming.  In fact, I will go as far as to say that he had no idea that his letters would later be considered Scripture on equal basis with the Prophets of the Tenakh as it was called then.  Imagine writing something which would become the equivalent of the Torah!  That's unthinkable, yet, in his time, at that present time, not knowing what the future would bring, Paul just wrote some simple love letters to the people he loved the most, his brethren.
It was a very turbulent time back then to be a follower of "The Way" as it was called.  I do believe that we are in such a time as this.  So, here is where I think we are in the same storm-ridden boat, pun intended.   We need to re-think what we've been taught about the last days by men who lived a few decades to a few centuries ago.  I hear multiple pastors and Bible teachers say that things are getting worse and worse, and these are the beginning birth pains spoken of by Jesus.  Well, as someone who has been through 240 weeks of pregnancy cumulatively, and 75 hours of labor from start to finish, I get that whole birth pains thing.  Yeah, they last a LONG LONG time for some.
I've heard every possible scenario known to mankind of how the end times will come from their perspective.  I've been able to take all their speculations, put some of them together along with what I've learned in Scripture, based on GOD's history of His dealings with His people and typology, and I have seen an entirely different scenario.  One thing I have noticed is that GOD always repeats Himself, (Ecclesiastes 1) so if it happened in the natural during those Old Testament days, then it happens again in  our time in the Spiritual, but on a massive grander scale.
When I'm not in Scripture, I'm looking up documentaries on every subject possible.   With all that I've have learned, studied and observed of GOD's dealings with His people, I have come up with what I think is going to happen over the next couple of decades.  I speculate, I theorize, but I definitely do not prophesy. 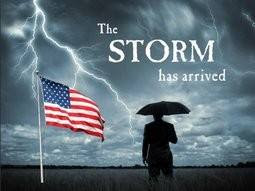 I have Scriptural clues, documentation, scientific data, and current astronomical evidence that pretty much fit a particular scenario that I have deduced, and it seems rock solid to me.   It fits with Scripture in what GOD has done in the past, it fits with prophetic clues in the Old Testament Prophets and also in the book of Revelation which is full of symbolic clues. I’m not about to put my theory on paper for the whole world to see.  There are some secrets GOD doesn't want us to reveal, because they are personal and only apply to us.  I have written it down, and when these things happen, then future will have proven the past.  I learned that from Q.  Reading the Q posts have taught me to how to properly read prophesy. Where most church Bible pastors mess up is that they are trying to read prophesy from a past proves the future perspective, and they are trying to use the newspaper to put current events INTO the Bible. It doesn't work like that.
GOD never ever lets man predict His next move.  He is always tripping man up, because man can be so arrogant at times.  Just like the disciples and the religious scholars of the days when Jesus walked the earth and before, they were waiting for a political leader, when GOD had a spiritual victory in mind.  I do think that GOD has something up His sleeve based on Old Testament prophecies  (Haggai 2- Zechariah 1) that are "skipped over" by Biblical scholars, and have been for five hundred years.  I believe He is going to do something no one else has suspected.  Isn't that just like GOD?
Just like they were looking for a political savior then, and missed the boat, I think GOD did have a political savior in mind for GOD's people, but it wasn't for then, but I do believe now is the time. 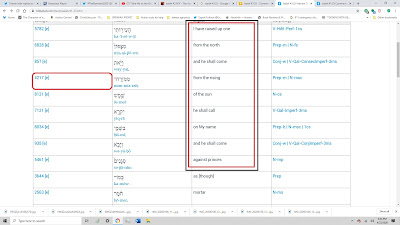 You see, Q gave us hints, but two years later, the events matched up with the hints.  It’s the same way in prophesy.  We have clues and hints. Then, when something we didn’t expect GOD to do, He does and then we find the clue in the Old Testament prophets, we say, "Oh, that’s what He meant!" Isaiah 41 says, "I have aroused one from the north, and he has come; From the rising of the sun he will call on My name; And he will come upon rulers as upon mortar, Even as the potter treads clay."  (Note the meaning of the Hebrew word: mizrach: מִזְרָח   Definition: place of sunrise, the east)
A perfect example of future proves past is the Zechariah prophesy about "Your king comes riding in on a donkey, the colt of a donkey."  I'm sure that the Bible scholars of that day had NO vision of their Messiah actually riding into Jerusalem on a donkey, and when he did, they still didn't get it, until after the Holy Spirit enlightened them and reminded them of the Zechariah 9 prophesy.
SO, in the Isaiah passage, could GOD have been referring to the northeast as in New York?  It's entirely possible.  Personally, I believe this Scripture refers to President Donald J. Trump, he surely fits the description, now doesn't he, after all, he has just about stomped out the entire deep state cabal, single-handedly, with the help of the Almighty, of course.
Likewise, I’m going to step out here on this cliff and balance this theory on the current time in GOD’s history.     I do believe the rider on the white horse could possibly be a political leader, a savior of some kind, because he is on a white horse.  The white horse always stood for truth and justice, so it cannot be the anti-Christ, because GOD would not put the anti-Christ on a white horse, a pale horse, maybe, that represents death, but a white horse, no way.   The bow in his hand has no arrow, so it's not a victory obtained by war or bloodshed, and he is given a crown, he did not take it in an unworthy manner as does the anti-Christ.  Maybe this crown was a title of maybe President of the United States and he was given it by the voters, and of course GOD’s providence.  (Daniel 2:21, Romans 13)
This political savior will save mankind and GOD's people for a respite, a short respite.  My theory is that GOD is going to do something completely unexpected by everyone, and give us a short time of peace and prosperity. The thing called The Storm, that Q has told us is coming is more like a calm, than a storm.  The storm has been the turbulent time that we’ve been living in for the past century or so, and now, like every hurricane, the eye is coming.  The eye is a false calm, a short break before the eye wall comes and the winds shift and the hurricane become even more severe, like maybe The Great Tribulation comes after this “eye” or this respite of peace and prosperity
I also believe that in the eye of this political storm,  GOD has designed it as a world-wide last days' revival on a massive scale like we have never seen before since the beginning of time.  How will it happen?  The only way a true revival can happen as spoken by the prophet Zechariah,   "This is the word of the LORD to Zerubbabel: 'Not by might nor by power, but by My Spirit, Says the LORD of hosts."
So buckle up folks because the eye is on its way, and our political savior is about to unleash some serious justice on the global elitists who tried to bring in their own New World Order, before its time. Yes, there will be a New World Order as spoken of in Scripture, but it will be far worse than what we have seen in the past, because its coming on the back end of the eye of the storm, and here's hoping we'll be raptured out of here by then.