Cancer,  Death ,
and Good Humble Pie
~Among Others~ 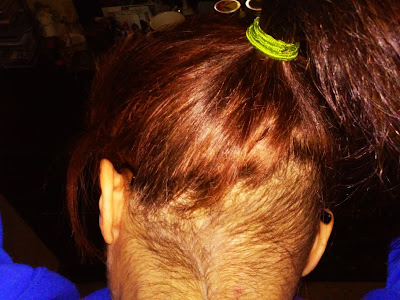 Eight years ago, I remember GOD calling me to begin a writing career.  Of course, I thought that was the most ludicrous notion that I had ever heard.  After all, I don't think I received higher than a D in any of my college writing classes.  So, I said to GOD, "But GOD, I'm not a writer, I'm not a novelist, I haven't a clue how to do that."  I distinctly heard in my spirit, before those frightful words of rebuttal left my lips, "Kristina, you are who I make you to be."   Oh, yeah, that did it.  I had no argument with that.

You see, we can argue all we want with GOD, we will never win.  It's a fruitless endeavor.  Here's the beauty, He doesn't mind how much we do it, until we learn that we aren't going win, and we can trust Him with that which we KNOW we can’t handle.  Eventually, we realize that He has been trying to teach our slow brains that, we can’t.  He can, though.    That is the fullness of His patience.  Another day, I remember being on one of my five-mile spring walks, and saw in my head, in the future, a very successful author, who had my face.  The terror that ran over me on my walk nearly face planted me right there, right then, and oddly enough, right in front of the local library.   GOD has a funny sense of humor.  The fear gripped my heart, because I know just how much of a screw-up I have been and still am.  Again, I had a rebuttal for GOD, and before the words, ‘  "Oh, no, GOD, what will I do if I am successful. I'm sure to ruin it, LORD. Success like that ruins everyone, and you know just what kind of screw-up I am.  What if I get to full of myself?  What is to stop me from doing that? What if like normal humans, it becomes about me?
Again, the answer was swift, and only took two nouns and a conjunction,  "Cancer and death."   “Oh, yeah, that'll do it.  You could “give” me cancer, putting my life on the line, yeah, that’s a great idea, again, another genius answer.”  Now don’t jump out of your socks, yelling, “LIE LIE LIE, GOD doesn’t give us cancer.”  The Bible is clear, storms come from GOD’s permissive and sometimes planned will.   The crook in your lot that totally messed you up came from GOD.  He may have used other people to put the bend in the road that caused you to crash and burn, but not too much. He did it because you were probably going the wrong way at warp speed and didn't see the train wreck coming right at you. 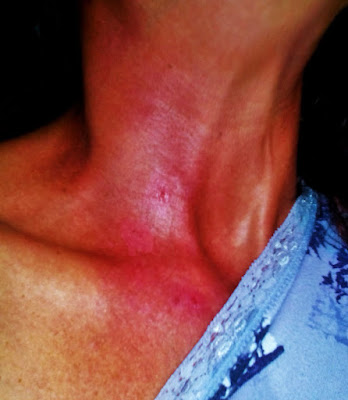 Two years later, I was knee deep in radiation hell, having all pride I had built up in my first book, finished, with “rave” reviews.  I sometimes times wonder if there was more wrong with them, than me, in the intelligence department.  So, one book down, another started, like an amazing one, and I mean, unfathomably amazing, in my eyes, because it was a story GOD told.  I was sitting high on a hill, having been given the greatest love story of the century, (No, really, it is.). GOD decided that I needed that burning bush calling to literally burn the snot out of me, literally.  (My sense of smell is all but gone.)  It was the six months of radiation hell that I surely needed, and it burned my self-built pedestal.  Sadly, though, GOD had more sense-of-self I needed to be rid of, because having  bounced back beating cancer and surviving radiation hell,  I still had a garden needing to be weeded after a longest winter of my life.  So, he ruffled up the garden paradise of my home and family life.   With a stroke, dual cancers, a few days past the pain of radiation hell, I was basking in victory. With no real warning, although the signs were surely there, I found out that  my  thirty-year marriage was kaput. 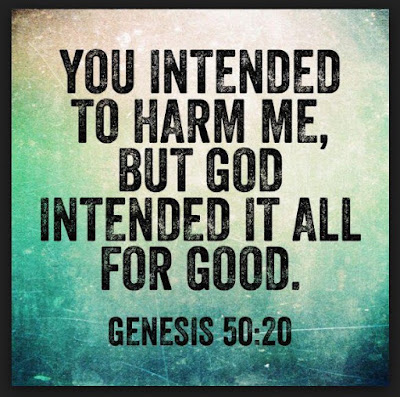 A year after that, another major heart crushing rejection came along to seriously send me under the bed, hiding behind a cat, afraid to even come out of my room, lest something worse happen.  Rejection is one of GOD's greatest tools, not only to protect us from those who are not good for us, but to protect us from ourselves and that ugly human disease called, P-R-I-D-E.   It is so sneaky.  I mean, even in all that, it still snuck up on me. After all that you'd think I would have had my fill of humble pie with losing my first born, my family shattered, and dual cancers.  Nope, He had one more lesson.  Vindication!
You see, the Bible promises us that He will vindicate us from those who do us harm, even if sometimes He was the one who sent them to do just that.  Boy, I surely needed some vindication, or rather  thought that I deserved vindication.  Do you see it? Pride entered even through my brokenness.  I was so broken by those who GOD sent in my life to hurt me, ON PURPOSE, to keep me humble, but now, as the "victim,"  I felt I deserved some Heaven sent vindication, and some SERIOUS justice to feel satisfied.    There is a difference between seeking justice for a person’s well-being, and seeking vindication for our bruised egos.  When we plead for justice, it must be with an attitude of needing deliverance from something that is oppressing us, with the, Father-forgive-them-for-they-know-not-what-they-do attitude and heart behind it.    When we seek the  self-satisfying kind of justice and vindications, that is usually nothing but pure anger and bitterness coated in pride.
Of course, you can count on me throwing a couple of my BBF's (Best Bible Friends) in to prove my point. There is maybe a proud 17-year-old favorite son, coated with pride, who needed to be thrown in a cistern, then made a slave, then the newest cell-mate in the dungeon down the road, for doing the honorable thing, but later to become a prime minster of the most powerful empire in the world. How about a sweet  17 year-old runt of a shepherd boy, who just took out a  nine-foot giant, single handedly, with a single shot of a single stone from a single sling, who then spent a dozen or so years hiding from a mad king, bent of killing the next-in-line for his throne.  A king who would  become the greatest king Israel ever had and everyone’s favorite Bible hero? (Yeah, wait until you hear what dastardly deed David did do, that has gone unnoticed, so you can assume that I’m NOT talking about adultery followed by a murder of convenience) 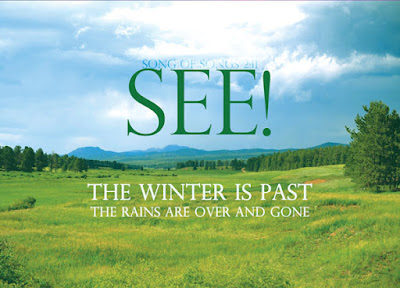 Now, I am cancer survivor who is well aware that just like the winter, cancer always comes back, especially the rare kind I was gifted with, even if it takes decades. Yes, it was a gift, and anyone who drew closer to GOD during theirs understands that.  It is, however, a permanent, unwelcomed guest that never really leaves, but lies dormant in my cells, ready to leap at a moment’s notice, and all just to keep forcing that humble pie down my throat. Take heart, though, if as a cancer survivor, you get a little cocky about beating it, and if GOD has you in His Play-book in what I call the Football Season from Heaven, he will be sure to send a few full-backs and half-backs to sack you behind your line of scrimmage, lest you forget who gave you that first and ten, or Hail Mary passing talent, to then teach you how to feed yourself your own humble pie.
Over the past eight years, GOD has allowed me to see the good, the bad, and the ugly in the Church of Jesus Christ.  He has allowed me to be a controversial person who has rubbed some the wrong way.  There were times when I did it out of pride, times when I did it out of ignorance, and there were times when I did nothing to warrant their response.  To GOD, I am very grateful for those opportunities, because from the former I learned valuable lessons and from the latter, I grew in the LORD.  I finally learned why I never fit in and was way too much outside of the box for those four walls and a ceiling, that was because I was a round peg and a square hole.
So, here I am eight years later, working on my eighth book, (eight meaning new beginning in Hebrew numerology) Google-able, yet, still a nobody.  As a mother of eight in a small town, my house isn't all glass, but still too much of it is.  I can't walk down main street without one of my children's friends letting them know that they saw me tripping over my own two left feet on that sidewalk, again. Failure in  obscurity is fine with me. After eleven years in the fiery furnace of affliction, with the heat turned up to broil, I've learned that failure is the flour in humble pie, and it is way easier to deal with, and much more preferred than success.  I know how to do failure very well, but I've never done success. Believe me when I say this,  I'm scared to death of it!  PUN intended.  I'd almost rather fail my entire life, and let my work succeed after I am gone. That way GOD gets all the credit, all the glory and I'm just a stone in the ground. After all, Allen means stone!