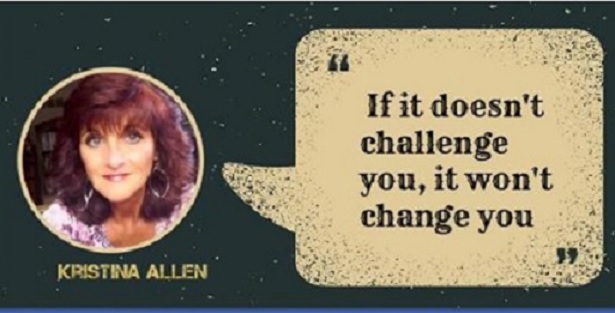 My friends, I’m going to ask you to dare to think independently, and learn a truth that maybe has never been presented to you before because of tradition.  I’m asking you to erase everything you’ve been conditioned to think about what is called "going to church."  Going to church as we know it, in the modern times, is NOTHING like Jesus had began with his Apostles, near 2,000 years ago.  Christ’s church has evolved into us going to a central location, once a week for approximately 90 minutes, sitting quietly, spectating a carefully crafted and choreographed "worship" service by incorporated men/women, who have made a career to do just that.  Not only that, but it has also become being part of a separate body of Christ, and once a week being "spoon-fed" and for some "bottle-fed" the wonderful and powerful Word of GOD, according the CEO in charge, thus creating what Q calls sheeple, conditioned to obey the main stream (media) teaching/broadcasting of the incorporated leaders in this cathedral system which is married to the state, by the way.
The incorporated corrupt church has become a performance based entity, where the members somehow have decided that they have earned the right to sit up on the Judgment Seat of Christ, as if he has gotten off it, and turned his authority over to the corrupt incorporated church.  Based on the model began in the book of Acts, the movement of the Gospel, which was initiated by the Apostles of Jesus, we have taken "Going  to church" and completely warped it into something GOD never intended.  If we truly understood the Chronological timetable of the Old Testament Scriptures in proper historical context, all the way up to the Gospels, those of us who actually study the Whole Counsel of GOD would see a pattern developing, and changing, and repeating itself.  Ecclesiastes 1:9 declares that GOD repeats Himself, and also that man is too wrapped up in the pursuits of the world to notice GOD’s hand. Let me give you a brief history and explanation, and tell me if you don’t notice GOD constantly pulling out a remnant of His people when they become too corrupt.

About 4000, years ago, GOD singled out one man, Abram, and told him to  leave what he had known all his 75 years on this planet, to follow Him, in a lifestyle, conceptually new, in Spirit, to a specific physical locale, a place he’s never known and without a script to follow.   This was the second remnant of the world's population that GOD drew out for Himself; Noah and his family being the first.  Abram did not get any kind of direction as to where he was going, but he packed up his clan, and left.   Abram, later renamed (note the name change) Abraham, became the father of  several sons, between three wives, but of them, GOD pulled out one son of promise named Isaac.  He became the father a twin boys, in which only one son, named Jacob, was chosen to be pulled out, and eventually renamed Israel, meaning prince.  He had twelve sons by four wives, and again, GOD pulled out one son, name Joseph, and trained him separately from what he had always known, because GOD had selected him to become the second most powerful man in the known world, and to save his entire family, the Israelites, from starvation. 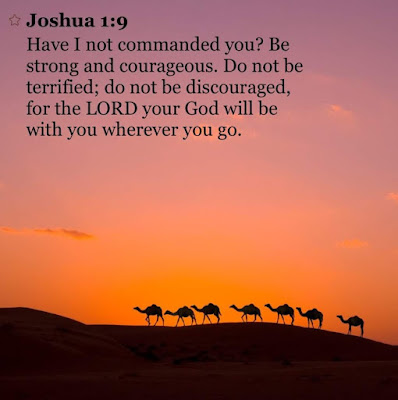 For reasons only GOD knows, He moved Israel and the remainder of his family, totaling 70 in number, by the way of a famine, to under the leadership of the son who was previously called out, and they ended up in Egypt in a land called Goshen. In the manner of 400 years, in this womb-like land,  He grew them to over two million who were encased, enslaved, persecuted and grew strong and mighty enough to be feared by Pharaoh.  After those 400 years, GOD took them and moved them, again.  They traveled for 40 years in the wilderness, in order for GOD to weed out the corrupted generation, to clear the way for a new generation of Israelite's to proceed onto the Promise Land, promised to Abraham, over 400 years prior by way of a remnant of that generation namely, two men Joshua and Caleb.  While traveling 40 years in the Wilderness, He had  them build a (portable) Tabernacle, a place for worship, and a place for the sacrifice for their sins as a means of His grace and mercy in order to pardon them from their sinful nature.   Here they were firmly established as the twelve tribes of Israel. Over about 1,000 years while living in the Promise Land, they continued to fall out of grace with Elohim, and He graciously called out a deliverer to set them back to obedience to Yahweh, and this pattern was repeated until GOD called a man after His own heart. 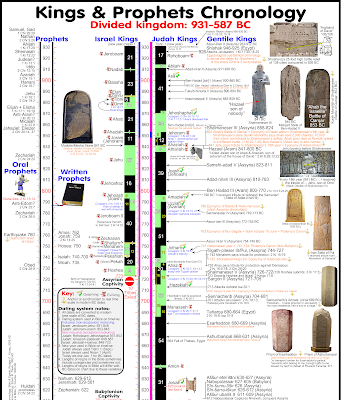 As a united nation, under the man after GOD’s own heart, GOD chose the son of two adulterers to build  a  permanent structure for worship and sacrifices for their sins.  It only took one generation after the man after GOD’s own heart for them to become corrupt, again, and GOD divided them in a civil war to become two Kingdoms. One was chosen, the other formed a completely new religion under King Jeroboam. This new nation was the Northern Kingdom of Israel, ten of the twelve tribes. This rebel monarchy established their own central location and capitol in Samaria.  Nothing of this kingdom's religious practice  resembled the original design that GOD had intended when he pulled Abram from his country to establish a people for Himself.  It was conquered about two hundred years later, and was never to rise again.   A remnant of those twelve tribes, Judah and Benjamin became the Southern Kingdom, and sons of the man after GOD’s own heart reigned on that throne as was promised to that man by El Shaddai.
The southern kingdom maintained the temple system on and off, but kept Jerusalem as the capitol city.   Before the fall of the northern kingdom, GOD had sent a remnant from each of the twelve tribes and moved them down to Judah, in order to preserve the twelve tribes/sons of Israel, and unite them again.  Eventually, as humans always do, even the chosen nation of  Judah became too corrupt, and was handed over to the pagan nation of Babylon, for what became a 70 year time-out for bad behavior, or as the Bible calls it, the Exile.  The great and massive central location of worship, called Solomon's Temple, was burned to the ground. 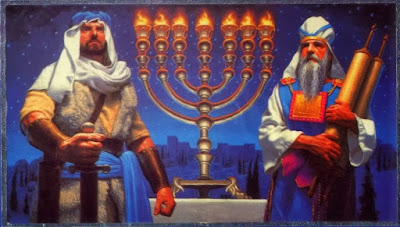 After the seventy years of time-out, GOD again took a remnant from the exiles, and moved on the pagan King Cyrus’s heart to send them back to Jerusalem, as he promised in the prophecies of Jeremiah, which was found by the prophet Daniel.  Note, Daniel was deep in the heart of the politics of the pagan nation as a chief advisor to three pagan kings.  The remnant of the exiles were moved in spirit by the Elohim to rebuild the Temple, re-establishing the sacrificial system began a thousand years prior in the wilderness under Moses’s leadership, only again, in a permanent structure.  For the next 400 years, reforms were incorporated, scribes were incorporated and charged with keeping safe the words of GOD with Ezra, the being the first scribe and writer of the books of Chronicles which preserved the history, the book of Ezra, and many think Psalm 119, among others.  After about 400 years, these imperfect humans, again became corrupt with the Scribes adding rules upon rules that were in addition to the book of Leviticus, and they completely corrupted again, what GOD had originally began and became known as the religious body called the Sanhedrin who ruled and took over in what was known as Herod's Temple. Herod being a half-breed “semi-king,” appointed by the Roman Emperor to rule over the Jews, decided that he wanted to expand on the work of the Exiles and Zerubbabel and built an elaborate man made temple using hewn (cut) stone, a definite no-no, and it  surrounded the Zerubbabel's original second Temple. 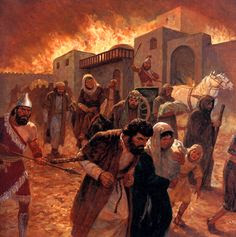 When the time that GOD had allotted for sin to reach its fulfillment, GOD again, called out a remnant, started by the last Old Testament prophet, John-the-Baptist. He went completely against the accepted religious ruling Sanhedrin to  became the prophesied forerunner for the final King, the one and only Son of GOD, who pulled out a remnant of John’s movement of only twelve selectively chosen men to begin again a new movement of GOD.  Eventually, to rid His people of a central location, because the Holy Spirit now reigned in the human body of those chosen to follow His Son, GOD had Herod’s Temple completely destroyed by the Roman army in AD 70.  It was GOD’s intent that the Gospel of Jesus Christ to be constantly on the move, and why we call it a “movement of GOD.”  It was never meant to be the end of Judaism, but an extension of the original intent and design for GOD to have a people for Himself.   The unbelieving Judahites were sent off again to another exile, this time to Rome to become slaves the the Romans, and the land of Jerusalem lay desolate for centuries, occupied by who we would call the Philistines, until 1948. 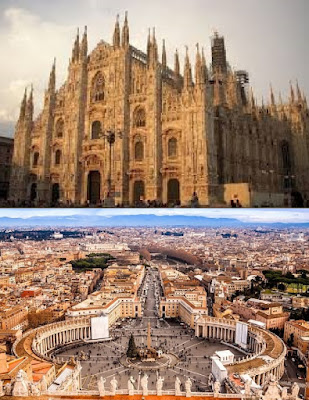 The new movement of Christians, sadly, as the depraved human condition from the fall of man thousand years earlier,  always does,  eventually warped GOD's intent again, and created a completely separate religion, near 400 years later by a pagan Roman ruler who claimed to have converted to Christianity. His only reason for "converting" himself and his army was for the intent purposes of becoming the ruling Emperor of Rome in a civil war, because he realized this movement's growth was growing like wildfire, and he decided to jump on the band wagon.  This pagan ruler, Constantine, who claimed to become a Christian took GOD’s original intent and incorporated pagan rituals in order to force all the polytheists into conversion, not by spirit but by law, or face death.     This religion eventually developed their own capital city in Rome. These new “church fathers,” somehow did not understand the purpose of the burning of the one central location for worship, and returned to the system of building a permanent structure and central place of worship that would rule over this completely redesigned religion of man, looking nothing like what Christ has began on the day of Pentecost, several hundred years earlier.  This cathedral system did not remain as just one central permanent structure, but hundreds of permanent physical buildings, planted all over the known world.  The buildings of mortar throughout time became more and more elaborate, much like Herod's temple, and became the focal point of worship, instead of the actual work of Grace and mercy. This became the period known as the Dark Ages, where the Gospel was unknown, and the ruling class became corrupt religious monarchs, forcing their brand of “religion” to the uneducated enslaved.

Part 2 in the next blog.
https://www.kristinalallen.com/2020/05/cutting-apron-strings-from-mother_12.html