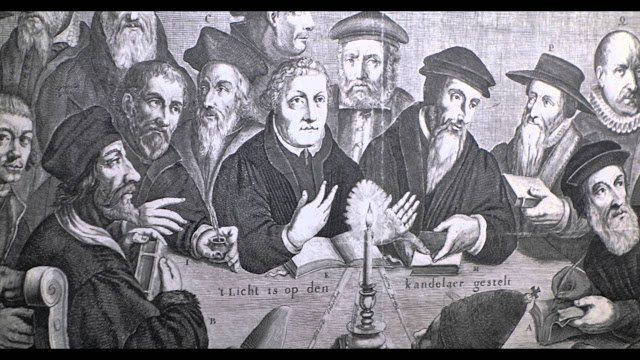 As I promised, and I always deliver on a promise, or I don’t make a promise, here is part 2 of “Cutting the Apron Strings from the Mother Church.”  If you have not read part 1, this may sound quite confusing, and I highly suggest you go back one blog and start at the beginning.   The reason why there is two parts is because when I originally wrote this, about two years ago, it was on very long blog post.  In my previous blog, I was not short on words, and some tended to be longer than even my sometimes hyper-focused ADHD brain could process. So, I figure, if I can’t read it without floating off to follow some butterfly, then I need to cut, paste, edit, and bring the message home w/out all the detours.
In part 1, we left in the dark ages.  If you have never watched any historical movies about that time, and I highly recommend you do, it was such and tragic and sad time to have been alive.  I watch a lot of historical documentaries, and some historical movies, such as ones about the early church fathers and pre-reformers.   My friends, please invest in about 90 minutes of your time, and find some about John Hess and some of the forerunners to the Reformation. The Reformation of Martin Luther as we know it, again began as GOD calling out a remnant from the warped, twisted and very corrupt tyrannical mother church.  I’m not going to pick on catholic people, here, but historical fact is historical fact.  Just because the clergy then was disgustingly corrupt and perverted doesn’t mean ALL are today, some, yes, but not all.  I do believe there are some lovely practicing Roman Catholic clergy who are just as brainwashed and conditioned to only practice and believe what they’ve been told to believe for generations.  That doesn’t make them bad people, or bad Christians.  What that makes them is ill-informed, or sheeple.  I can say that, because I was called out of that. My family were Roman Catholic for as far back as I could see in our ancestry.  So, to my “church” friends who insist that one MUST leave the Roman Catholic church to be save, I say, “GET OFF CHRIST’S JUDGMENT SEAT” He didn’t get up for a smoke (or vape) break.
I’m about to be quite forthright here, so prepare yourself for some truth, Yankee style.  What Joe Catholic or Bob Methodist does down the street, across town, in the next state, or country is NONE OF YOUR BUSINESS. There, I said it.  GOD did not appoint us to correct, convict the world, or play the part of the Holy Spirit. Do you want a Scripture verse for that? You will find it in the end of chapter 21 of the book of John, now, open your Bible and go find it, and read the context surrounding it.  I once thought I heard the Holy Spirit speak to my spirit once when I asked early in my writing career how to approach a certain touchy subject if asked.  The answer I got, I believe was, “Kristina, you bring them to Us and you leave them with Us, because We know what We are going to do, and  We can do what We want with them Our own way. They aren’t your children, they are Ours.”
For the legalist, y’all gonna hate that answer and claim that wasn’t GOD speaking, and quite frankly, I don’t give a snot what you think, you see, I’m GOD’s child, not yours, and I don’t’ answer to legalists, OR anyone in the church, anymore, because I’m not part of the corrupt incorporated church, I’m part of The Remnant, a new Vine off the Old Vine. This took a long time for me to accept, when I saw in Scripture the new work GOD was doing. You’ll find all kinds of references to the Remnant and the new thing in Isaiah, Jeremiah, Ezekiel, Daniel, Romans, and Revelation.  If you do not seek this information out for yourself, in Scripture, then, apparently, you have decided that being sheeple is good enough and less risky and confrontational. That’s fine, I have no beef with that. We all have to do what we believe GOD is calling us to do.   I say in my writings, that we don’t join the Remnant like we join and incorporated church and get put on the “frequent customer” membership role,, entitling us to certain perks benefits that non-members are not privileged to have, we the Remnant are called. We are called to step out of the church box. It's a scary place out here, but so wasn't it for the reformers who were burned at the stake. Ya, do what ya gotta do, according to GOD's plan, which He ordained since before the creation of the world.
On that note, we owe a huge debt of gratitude to  the remnant that GOD called out of the mother church in the 15th and 16th centuries.  Like the early church Christians before them, the ones the Romans terrorized, before Constantine, many of those brave men and women gave their lives to speak and spread the Gospel of truth. They too were persecuted, tortured, hunted,  and killed not by some pagan empire, but instead by the mother church for doing what GOD called them to do.  Now, does that sound very Christian to you?  I’ll leave that thought with you, for a moment. 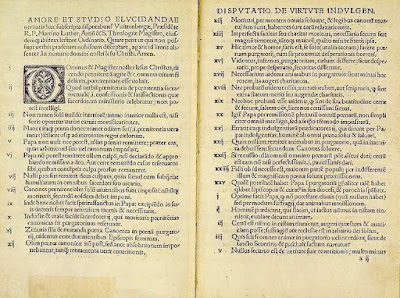 So, back to the real Reformation which was about 1400 years after Pentecost, the birth of Christ’s church.  GOD again, pulled this  remnant to bring them back closer to the original intent, and open up the doctrine of Grace.  Paul says, it is from GRACE that we are saved through faith and NOT of works, lest anyone boast.  (Go find that in Ephesians 2, and read the verses before and after.)  In this new reformation, grace now became the  focal point of the movement.  The ritualistic sacraments and the forking over hard earned cash to buy a relative out of a non-existent place called purgatory had met their match in the Reformers. They were having none of that.  There was, however, some things from the mother church that they did retain, as in infant baptism, and being married to the state.  That became a huge problem, especially when the remnant called the anabaptist saw in Scripture how wrong both of those things were in the Christianity of Jesus, Paul, and the original Apostles. 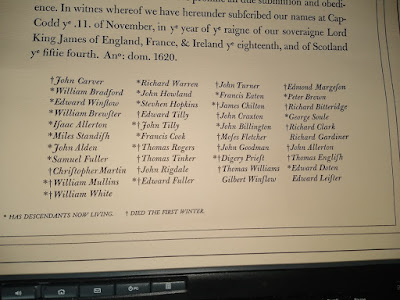 Well, after about 200 years, GOD was unhappy with those incomplete reforms, and He stirred up another remnant who decided they did not want to be married to the state, they were called Separatists, and they decided to rent a boat called the Mayflower, and put a HUGE pond between them and the state controlled religion.  I imagine everyone must know with whom I am referring.  As it turns out, two years ago, my daughter did a search of our ancestry and traced it all the way back to George Soule, and good ole’ Georgie was on that ship.  He even signed the Mayflower Compact, which was the first primary and preliminary form of government run by the people for the people.  This nation of separatists would not be governed by the (religious) monarchy, but be a free nation ruled by the people. It's written Constitution, which was built on the foundational conceptual purposes of GOD's Judeo-Christian principles,  called for a freedom OF religious practice, not freedom from religion as some like to incorrectly quote.  That meant the government would have NO power to govern any religious practice or activity, assembling,  or infringe on a person’s right to believe what they believe GOD has taught them to believe.

This wonderful little remnant was free from the adulterous relationship of the church married to the state and was free to be the true Bride of Christ, however, and with flawed humans, there is always a however.  This reformation, again, remained true to the central location structural style of worship, but it's cathedral system was somewhat limited in size and scope for a time.  By the 1700's, GOD would have His people on the move again, but this time, in a missionary fashion all over the world to bring grace and truth to peoples in unknown portions and undeveloped regions of the world.
Well, it appears this blog has exceeded my idea of an ADHD readable blog, SO, on to part 3 in the next blog. I promise the big finish will be as good as a Barry Manilow's big finishes, and as controversial as some of today contemporary Christian artists.
Sorry folks.


Part 3 of Cutting the Apron Strings from the Mother Church      https://www.kristinalallen.com/2020/05/cutting-apron-strings-from-mother_37.html