God does not fix what's wrong with
His people, He starts all over again. 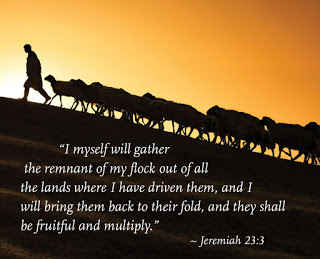 Jesus did not have a mortgage, and he did not incorporate.  He did not have office hours, nor did he assign his Apostles as CEO's, telling them to register with the emperor, and be ready to have all their financial records ready to be audited annually.  Jesus never asked for money, he healed for FREE. He never pressured his followers to give toward the mortgage fund or a building project so he could expand his ministry. He did not hire a marketing firm to teach his disciples how to be good stewards. He did not  initiate a fund raising campaign to increase the size of the campus, so the corporation could expand, and create more  programs, branches, and differing kinds of ministries.   Jesus did not rely on programs. Jesus did not seek converts, he taught disciples. He even kept the mysteries of the Kingdom of Heaven a secret from those he knew were in it for only how it filled their bellies.  He said, (And yes, you will have to search this Scripture out by opening your Bibles and finding it, reading the circumstances surrounding it.)
"To you it has been granted to know the mysteries of the kingdom of heaven, but to them it has not been granted. For whoever has, to him more will shall be given, and he will have an abundance; but whoever does not have, even what he has shall be taken away from him. Therefore, I speak to them in parables; because while seeing they do not see, and while hearing they do not hear, nor do they understand."
He then went on to quote the prophet Isaiah, because Jesus knew intimately what was written in the Old Testament. He not only knew it, he understood it because he inspired it.  I once heard an associate pastor at the church I attended say, "The Old Testament is so hard to understand, it's a difficult read and so harsh. Besides, that’s the Law, we are under grace now, so none of it really applies." When I picked my jaw back up off the floor, I gathered my flock, went home and never went back, to any church.  His answer was not out of the ordinary, it's what I hear all the time.  He is what I call a carport as opposed to a garage with a brick siding, a foundation and a solid roof, one that does not blow off with a strong wind.
I’m not any kind of expert in the Old Testament, but I’ve studied it for eight years now, inside, outside and upside down.  (A little Dr. Seuss humor there)  You know what my friend, in my humble opinion, I actually find MORE  grace and mercy in the Old Testament than the New. The Law and the animal sacrifices did NOT save the Israelite's, nor did it cleanse them of sin, it was the grace behind the practice of the Law.  The sacrifice was supposed to be a reminder of the curse and damage that sin does, and how much GOD hates sin. It was a reminder of Whom they served and Who saved them, as opposed to other pagan religions. 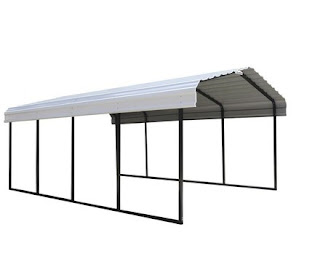 I do believe that GOD is calling for a resurgent in the church back to the foundation of the Gospel, the Old Testament and the history of GOD's people. If someone tells you that he/she is a Newt Testament Christian, well, then you know that you are talking only to a carport with no walls, no foundation, and an aluminum roof that can easily be blown away.  Do not bother to argue with them, because they have their minds made up, because their pastor told them to be that way, to stand their ground under their carports. We can try to educate them, but most have unteachable hearts from anyone but their CEO/pastor.  They are loyal to their corporations, that's for sure.  After all, they have invested much of their funds into this capital venture.
The more we understand the history of GOD's people, the more we can see GOD repeating Himself, over and over, again. The book of Ecclesiastes, lately, has become one of my favorites, because basically it says, “Don’t expect GOD to do anything He has never done before, because there is nothing new under the sun that GOD hasn’t already done.”  Yes, you will have to get your Bible out and find that passage, also.  The purpose in doing that may just help you find some wisdom GOD wants you to have before and after those verses.  You’ll find it in many places.  The end of a matter is always better than the beginning, because at the end, the lessons are learned, wisdom is gained, and one can see GOD’s repeating pattern of pulling out a remnant of His people because His people keep becoming too corrupt to reform or repair.

As the metaphor Mama that I am, if you need a picture, I have a good one for you. The church today is like flour. There is all-purpose, there is self-rising, and then there is this “whole-wheat,” that’s really not whole or in it’s original form.  No, my friends, the Remnant is the whole grain, straight from the ground, exactly how GOD made it, in it’s original form. It’s not bleached, it’s not ground into fine powder that just becomes dust, rather in it's natural state, it has all the nutrients needed to feed the flock.  Where does wheat grow?  Does it grow in a building, on a huge cement campus, in programs, does money grow it? No, my friends, it grows where the gospel was meant to go, in the fields, outside where the Wind can take it where the Wind intends for it to go.  The pure Gospel is the protein in the whole grain, it’s the muscle that makes the Remnant strong.  It’s not supposed to be holed up in four walls and a ceiling, keeping it contained.  Jesus said "Go and make disciples, not gather and convert people."  My friends, GOD made sure that the Temple was completely destroyed in AD 70, because the Temple was now the Holy Spirit living in us, and the Temple is meant to have arms, legs, and wheels, and it is supposed to be moving at all times.