I'm mad at Hell, and I just can'take it anymore, but, like the prophets of old, there is nothing that I can do! 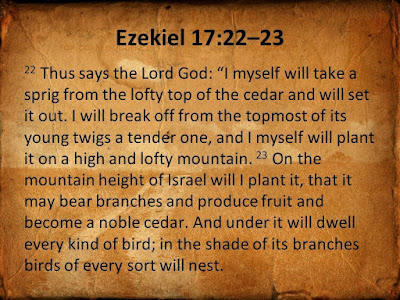 I am a writer who hates writing.  Yeah, go figure that one!  I write not because I want to, but because the fire of the Holy Spirit burns in me if I don't.  (Jeremiah had a similar problem.  You will find it somewhere around chapter 20)  Every time I tell GOD, "That's it, I'm done, I'm quitting, I'm retiring, I'm not going to write another word, letter or punctuation until You come through for me and PROVE and provide  those promises that you've lead me to believe are coming.”"  I think GOD slaps me down, and says something like, "Okay, I'll just let you be aggravated some more until you have to write this, down just like  I've taught you."  It's kinda like a toddler having a tantrum, the mom/dad are standing there with their hands on their hips, watching the tantrum, shaking their head, and knowing that this little fit will just have to work itself out, and consequences will immediately follow.  There's no spanking, although I deserve one, no, there's just another "TIME OUT."
I hate this, it's driving me mad (pun intended), and GOD knows all about it, yet, stands there with his proverbial hands on His hips (if He had any), and chuckles, but with so much more empathy than any human parent could have for their tantrum-taking toddler, who just doesn't understand, that life just has to work out this way.  The toddler cannot process what is going on in the parents' minds while they just stand there and watch, because the toddler's mind is not developed enough, and his intelligence is so far below what the parent's twenty or thirty years of advanced comprehension has afforded them.
I've had a hard life, I mean it's really sucked.  I'm not complaining, mind you, I'm just stating this as fact.  We Yankee northerners do not sugar coat anything, and our adjectives are a bit more, shall I say, colorful than the genteel southerner might be used to.  As a matter of fact, the "F" word in New England isn't a swear word, it's useful in six of the eight parts of speech.  We use it as a verb, a noun, an adjective, an adverb, a conjunction and a preposition at times. No, I'm not going to demonstrate, just trust me on this one.  Like I said, I'm not complaining, because this sucky life has been GOD's will. Yes, indeedy, He ordained it to be this way.  It makes no human sense, and I'm completely and utterly miserable. He knows why and only He can fix it, and yet, I know that I am smack dab in the center of His will.  In other words, He wants it this way.  He wants me to be this unhappy.  That doesn't sound like the GOD you know, right? Well, might I suggest that maybe you don't know Him that well.
None of us humans with our limited capacity to reason and think can understand or fully know GOD. It's impossible, but trust me on this one, because my misery does one thing that is so beneficial for me and anyone who may someday read the words/books that I hate writing.  This misery drives me to my knees.  If I wasn't this miserable, I wouldn't be down on the ground sucking up tear-laden carpet dust, as much as I have these past eleven years.  My twenties was a great decade, but every decade after that has literally been jumping from one frying pan into another fire, back to the frying pan.  I wish GOD would turn OFF this gas stove He has me in, for His good purpose. (There's that Romans 8:28 verse again.)
What happened after my roaring twenties?  I got married, and it was all down hill from there. I started popping out babies, and by the time the twenty-one years of child-bearing was complete, I was one shy of a complete baseball team, or I had a basketball team with three extra for substitutes.  Mind you, I love my children, but I hated my marriage. I think I had babies because my marriage was so bad.  Stupid, isn't it? Yet, it is exactly what my mother did.  I just repeated my mother's error with two more than she did.  GOD calls all children a blessing, a reward, and if He gives a dimwit like myself eight of them, well, that's a title of honor I could never earn myself.  Apparently, He trusted me with eight souls. 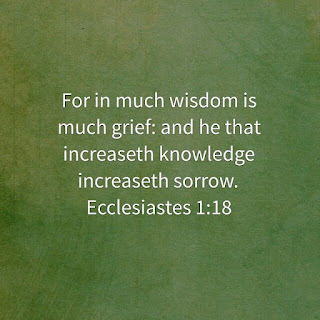 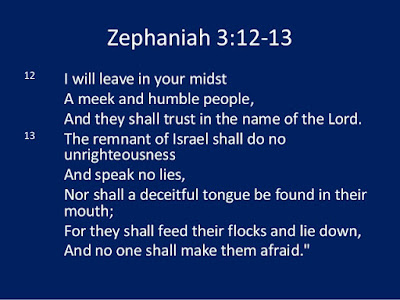 Wow! That was an original answer, one that no pastor or man would give, so, it must be from GOD.  I see this movement that GOD is going to do, and He calls it, The Remnant (with a capital 'R') .  It's completely Biblical, spoken of in dozens of places in the Old and New Testaments, none more beautifully than in Zephaniah 3.  It's actually not going to be part of the church, but a separate movement, a separate vine/branch from the church, a sprig cut off the top, if you will.  You will find that prophesy in Ezekiel 17.   I do believe that like before, He is going to start all over again, not with His incorporated church, but rather He is going to pull from it.  GOD always starts over, again, when His people become too corrupt, i.e. Noah, Abram, Samuel, and then the exiles, Ezra, Zerubbabel, and Joshua, the High Priest.
GOD also always repeats Himself, so if you can find it in the Old Testament, you can call it for the latter days, but in the Spiritual and on a global (bad word, these days) grander scale. 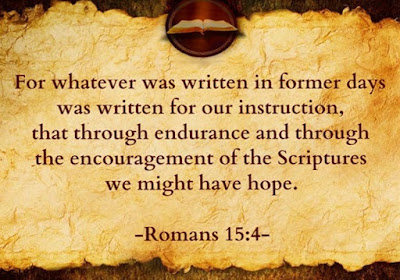 It's a beautiful movement, and I see a wonderful last days' spiritual harvest coming from it, however, I may not live to actually see it happen. (As a one-time cancer survivor, I'm well aware that cancer always returns with a vengeance)   I have the detail in my head, and I'm not about to share them, because I’m not a prophet, I’m a theorist.  I theorize, I don’t prophesy.  It's kind of like King David. He was given the blueprints of the Temple that his son was to build, and he held off on sharing those blueprints until the time was right, and he passed them down to his son, Solomon for after he had departed this earth. Solomon got the glory for the building, but David had the original blueprints.  David didn't get the glory for building it, instead, he got labeled, "a man after GOD's own heart."  Now, that's a better glory than building anything.  I sure do hope that when the Remnant is strong, bearing fruit, that someday, after I'm gone, they will say of me, "she was a woman after GOD's own heart." 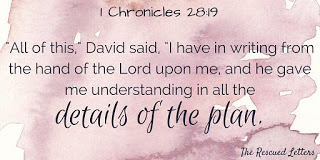