TIME TO GET IN THE KNQW 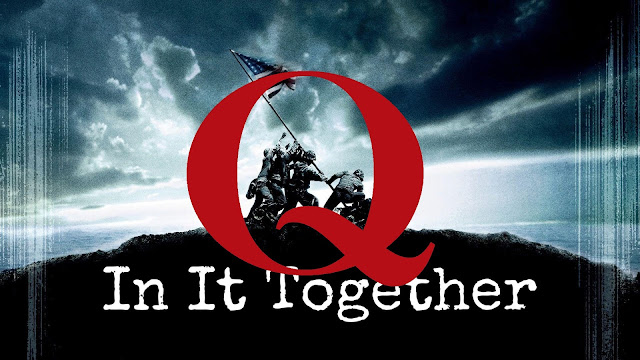 I know that you are probably going to think that I've lost my marbles, all of them, not just the sum of them that I had lost over these past few years, but bear with me, because I've actually found a few! I know to some, this is going to sound like fiction, but know this, I hate fiction, even if I've written a few fictional books. (It wasn't by my choice, but by GOD's calling. More on that later, much later.)

When it comes to my blogs, they are completely NON-FICTION, TRUTH, as best as I know it. I do NOT lie, ever, because I hate liars. There is no simpler way to put that.

So, if you haven't lived in a cave, you may have heard of this Qanon, or Q conspiracy thing on the news. To be sure, this is NOT a political post, because I try to avoid politics at ALL costs, however, there are times when that is not possible. This is about good verses evil. GOD is not republican or democrat, GOD is GOD. However, even Jesus when questioned about taxes by the Pharisees, addressed the issue, brilliantly, of course. And the brave last Old Testament prophet John-the-Baptist was beheaded for approaching a political leader and calling him on something so wrong.

Plenty of Old Testament prophets were called to confront the kings of the divided nation of Israel, both the northern and the southern kingdoms. GOD called Jeremiah, a prophet to the nations. He and Isaiah both had to confront and advise kings. These were all laymen, not military advisors, or brilliant scholars.  You don't have to worry about this lay-woman, I have no intention of advising anyone above my level of intelligence.

So, this non-prophet research junkie has done some serious investigating into Qanon. Here's the shortened version, because if you try to keep up, like I've tried to keep up, you may find yourself lost in cyberspace or the rabbit hole in Alice and Wonderland and very dizzy. Qanon has been labeled a conspiracy theory as alleged by the main stream media, however, one cannot call something a conspiracy when the other party has rock-solid, and I mean digital-copies of proof of EVERYTHING that the "enemy" of the state has done.

There has been an underground (straight from hell) movement by the devil to employ certain individual to become enemies of the  the world by creating a shadow government forming into a global one world government. A shadow government is one that is illegal and exists to destroy the legal one.

Ecclesiastes tells us that nothing there is nothing new under the sun. So, if it happened in the natural in the Old Testament, then in the present/latter days, it will happen in a spiritual sense, but on a much larger scale. This is why I find credibility to the Q-movement. It is in the Old Testament in what is call a portrait of future events. 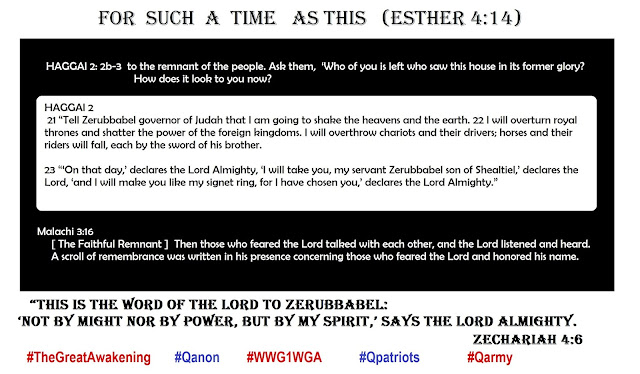 When the seventy years of exile were up for Judah, GOD sent the Persians in to take down the evil ruler of Babylon.  That ruler was the pagan King Cyrus.  God used a pagan general, King Cyrus, to conquered the evil Belshazzar (King of Babylon at that time) by re-directing the Euphrates River and essentially sneaking in under the city walls through the channels that brought water into the city. In similar fashion, an underground group of highly intelligent individuals the "white hats" are re-routing and tracking cyber-traffic of the black  hats or bad actors, and collecting evidence so that they can essentially walk in and take down those corrupt individuals.
These people have have taken control of our banking system, i.e. the Federal Reserve System, which is unconstitutional, by the way, and our military by trying to make it weak. They create false flags, disaster events that take away the attention of their intentions. They have turned our news media  into a propaganda machine, and have begun this indoctrination early by invading our education system,just like Hitler did in the 1930's, by indoctrinating children. This is called social engineering, and they have used it brilliantly to play us against each other.
I have a theory based on an unfulfilled prophecy of the Old Testament in Haggai 2, that we are living in a Biblically historical time. It's not what most Bible teachers teach, it's not about the Rapture, or Jesus coming any day now, but about something called Zerubbabel's prophecy.  I do believe that Qanon is GOD's way of opening up a roadway to complete the mission that Luther began, the Reformation, but this time, correctly. Only time will tell if I am right, because as Q says, "The future proves the past." 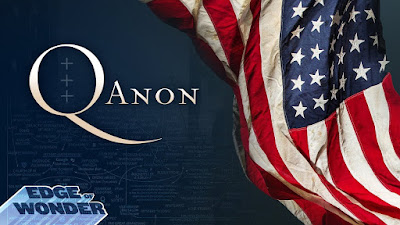