No one is promised tomorrow
so make sure you logout! 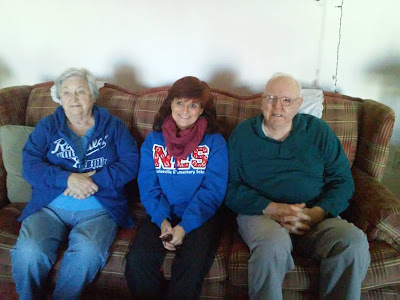 (Addendum: I wrote this last year August 16, 2019, right before my mother's funeral in my previous Blog: The Woman at the Well) 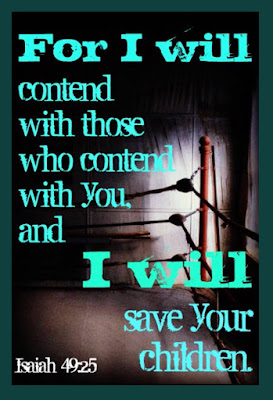 As I mentioned, I was reading these verses just as my mom took her last breath, and that is no coincidence.  I truly believe that GOD wanted me to know that all the sharp words my mom used were thrown in the deepest part of the ocean, gone forever, and not held against her, and let me tell you, she had a tongue sharper than than a finely tuned razor blade.  She could chop a person to pieces with it, with no effort at all on her part, and in no time flat.  She wasn't just a Italian Yankee firecracker, she was a nuclear explosion when her fuse was lit.      Little did I know that later, by accident, I would happen to stumble upon some of her emails  she wrote to my siblings about me and my children. After reading about twenty of them, because I had to stop there, I had seen more than my eyes should have seen, there is NO question in my mind why my Stone siblings hated me so much.  Mom was the fuel that fed that fire of fury  She had said the most dreadfully horrible things about me and my children that no decent relative should say about another, let alone a mother about her own child.  I had no idea that my supportive mother who could pick a fight with me in an instant, was not only not so supportive, but she had hoped to see me fail.  I will never understand this, but here is where that BIG huge Grace of GOD comes into play.
My mom's heart was like every human heart, deceptively evil, hard to fathom, (Jeremiah 17:9), and GOD, knowing that her time was coming soon, instead of letting her evil heart drag her into hell, he gave her an opportunity to be so afflicted that her only option and hope would be to call out to GOD, as did King Manasseh.  The Bible says in several places, "Whoever calls on the name of the LORD will be saved,"  and I heard many times during that brief time of severe suffering, her calling on the name of Jesus for relief and mercy.  I could hold a grudge against my mother, but what purpose would that serve?  My tongue is just as sharp as hers, and I've ripped a few people apart in my day, even in recent days, when my fuse was lit.  It's a terrible sin, but it's the human condition.  We let our emotions dictate our words and actions when under a great deal of stress or distress.  I am no angel and in need of just as much mercy from GOD as was my mom.  My mom didn't get a chance to apologize to me, but GOD let me see just how He works in forcing an apology, even a silent one out of one's heart on their deathbed.  I, on the other hand have plenty of opportunities to apologize, still, and I plan to make that a common habit, hoping for a little understanding a great deal of mercy from those I've offended.
There is a difference between the human condition, falling into sin, and an evil heart, plotting sin.  My mom with malice-aforethought, and for no reason, said the most hateful things about all of us.  I am in the former camp. Either way, sin is sin, and we are in need of forgiveness from GOD for every sin, past, present and future, whether it is planned or unplanned.  Here is where GOD looks at the righteousness of Jesus and his work on the cross, and not the decades worth of sin that we either fall into, or plot in vain.  Maybe I'm wrong, but I see this suffering as a gift from GOD.  He could have just ignored her evil intentions, and let them slip her into the eternal abyss of suffering and gnashing of teeth, as Jesus warned, but He didn't.  I would like to believe that He took pity on me and my mom and taught us BOTH a very valuable lesson in how GOD not only humbles us in our sin, but just how BIG and WIDE is His grace and mercy.