What would Mom think? 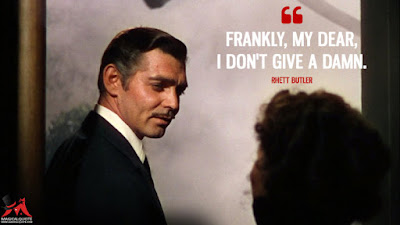 (This is another recycled post from my previous blog right after my mother died. This was how I processed the hurt.)
To quote a classic line in a classic movie, "Frankly, my dear, I don't give a damn," anymore.  Sorry for the language, if some of you are offended, but there is no other appropriate response.  I have arrived home from my two week trip to Hell up north.  Yes, I said Hell up north.  I had to go home to watch my mother die, then manage through her funeral, my first one, in a receiving line.  It was brutal.  The absolute worst part of that trip was being there with my siblings and all of her friends, after I did the unthinkable.  Confession time!   I read Mom's emails that she sent to my siblings and her friends about me.  I was only interested in what she said about me, and I got an eye full.  WOW!  I knew my Mom could be a Jekyle and Hyde, but I never thought more Hyde than Jekyl.
Mind you, I love my mom, like most daughters do.  I'm going to miss her, like anyone else, and a part of me has died with her.  I, however, understood my mom, maybe even better than my five siblings, because I am a chip off the old block.  I am exactly like her.  We clashed a whole lot while I was growing up, and they were nuclear.  Now, that's not uncommon, we all go through spells, some worse than others, but the stories I could tell would curl or uncurl your hair.  I won't even dare to go into any details out of respect, just know this, my mom was reacting to six decades of her mom rejecting her.  My grandmother was reacting to nine decades of her mom rejecting her.  Yeah, we keep it in the family all right.  I'm the only one who gets it, and gets another chance to get it right. 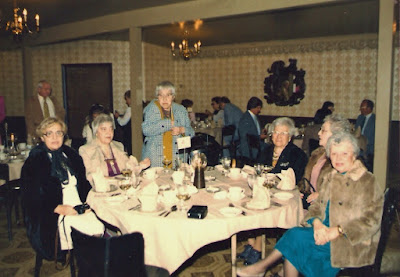 My great-grandmother had  seven or eight children.  Her sister could not have any, so what did Great-Granny do?  She gave one of her children away.   You don't have to go back, you read that correctly.  Great-Granny picked out of all those children to give away, my Nana, thus the cycle of rejection and abuse and life in prison began in the early 20th century.  What is worse is that they lived in the same area, so my Nana's sisters were all tight with each other, and Nana was the outsider, always feeling rejected by her mother, father, and siblings.  Enter Grand-Dad.  He was sixteen years older than Nana, because he was previously married.  His first wife, the love of his life died while my aunt was young, so Grampie went out looking for a mother for his precious reminder of the love of his life.  Everybody loved my grandfather's first wife, she was the belle-of-the-ball,  she was the life of the party.
Do I have to tell you what that did to my grandmother?  She competed with a ghost her entire marriage, and never did she ever rise to the standard.  What makes this story even worse is that she got pregnant and Grampie wasn't all too happy with that.  Into this hurtful, hateful world comes a bouncing baby future dysfunctional mother, who was not only not welcome, but she was constantly passed over for the favor of the first daughter.  Nana thought the fastest way to Grampie's heart wasn't through his stomach, it was through his daughter.  Oh, the horror stories I heard.
Mom meets Dad, and her fairy-tale begins. No more will she be passed over, play second fiddle, be a pest, a nuisance, unwelcomed, OR so she thought. Early in the marriage, my father started cheating on mom, and did for decades.  Again, the dysfunction got even worse.  Dad had political aspirations and wanted an obedient trophy wife.  Apparently, he did not know my mom very well. She wasn't going to go down without a fight.  So, what's the solution?  CHILDREN  six of them.
Mom never received unconditional love and acceptance, unless she was pregnant, and that new baby loved her and made her feel complete.  Life for the toddler above that baby didn't go so well when a new one came, the older ones were virtually invisible to mom.  It all went south from there.  He said, she said, what does it matter what stories are told from whoever's perspective? Six children were irreparably damaged from their dysfunctional life and marriage.
When the marriage ended, my mother demanded, within inches of our lives, total devotion and loyalty to her, and we were REQUIRED to hate our father. She made life a living hell for us, because she didn't have Jesus.  She taught us to reject people before they get a chance to reject you.  Guess who resisted!  Every little fit Mom took, I got blamed for, because I wouldn't put up with her nonsense, accusing us of being out to get her on our father's behalf.  We weren't even allowed to see him, how could do that?

Now, I was obedient, somewhat, while I lived there, but when I got married and pregnant, there was an all out war, because I wanted my child to have TWO grandparents.  No one dared go up against Mom when it came to having a relationship with our father.  Oh, the fight that ensued, and even my siblings totally disapproved, all but one.   That just went along with my trouble maker, black sheep title in the family, anyway.

Last week, I was in HELL up north in New England, acutely aware of some dreadful things my mom said about me to my siblings, putting all the pieces together and finally figuring out why they didn't like me and rejected me, like mom did, and her mom did, and her mom did.  Are you seeing a pattern here?  Well, history always repeats itself and my husband and father to our eight children, walked away from a three-decade old marriage.  Could failure be anymore set in stone?  (Allen means stone?)  There happened to be one little, or as some would say, MAJOR difference. 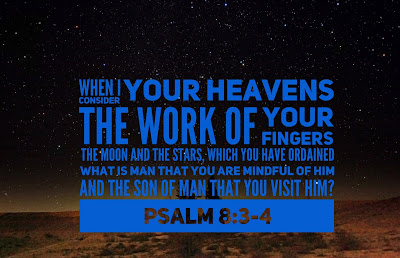 GOD called me to something different!  Jesus called me out of that rejection cycle, and  gave me a chance to live my mother's history all over again and right the wrongs.  Let me tell you, I'm doing my best, but definitely failing most of the time.  There is no mistake so big that we can make that GOD can't fix.  Phew!  What a relief to know that. You know, it took Jacob in Genesis one hundred years to finally get it right?  I'm only at fifty-six, so I have some play room, here.
The last few years have been so rough for me. I pretty much had stopped calling mom, because the conversations were mostly negative.  She scoffed at everything I did, every word I said. I think she favored my husband over me.  She disapproved, and she always let me know it.  Whenever I spoke about my writing or my books, she couldn't believe GOD could call me for anything special. She didn't believe, because she had her own pre-conceived, but erroneous concept of who is GOD.  He wasn't the miracle working, personal, and very involved GOD, the loving unconditionally GOD that the Bible tells us.  Therefore, if she didn't believe in the miraculous GOD, she surely didn't believe I was anybody special to Him.
This week, if finally realized that I've been in prison all this time.  I've been in "What Would Mom Think Prison."  I've been trapped by a spirit of unbelief, knowing anything I told mom about my writing or work for GOD meant absolutely nothing to her, and she did not approve.  In fact, I knew in my heart, regardless of what I did, mom would not approve.  She even said, "I disapprove" over and over for the five and a half decades that I knew her.
I never realized until today, just how hard I've been working to accomplish the impossible.  I've been trying to get mom to like me, to approve of what I do, to see that I had real worth in the Kingdom of heaven.  That was never going to happen.  I did not even realize that in the back of my head, while I always contemplated my future, I would always think, "What would Mom think?"  Immediately, I could hear her scoffing in my head, knowing full well, that was what I was facing.
I'm free, now. I never have to think that way again.  Now, GOD can do whatever He wants or planned to do with me, and I don't have to worry about Mom 'poking' fun at my delusions of grandeur.  I wonder just how many billions of daughters and sons out there are trapped in the dungeon of disapproval, and who will like me, finally be able to breath the fresh air of freedom.