When I was rescued from the "sinful" world and born again at the ripe old age of 26 years old, I gratefully spent the next 21 years as a devoted student of the Word, and a devout church member. I boycotted anything that was from the liberal left/gay movement.  As a former sinner, saved out of the secular world, I had a point to make.  I was going to birth an army for the LORD and show the world that I could satisfy and serve my husband, staying married for life. I couldn't get along with non-church members in the sinful world, just like I used to be.
Then GOD thought I had about enough of that.  The night before I was to give birth to my EIGHTH child, as a devoted wife and homeschooling mother, the Good LORD felt that I needed to fall from my high and lofty place, and fall I did, as my happy world came crashing down. 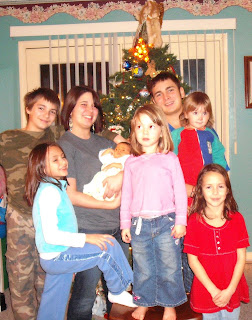 When my eldest became the first of my four prodigals as an adult, I got a well-deserved pie in the face. Eighteen months later, I was knee-deep back in the secular world, this time as a sinner saved by grace, who wanted nothing to do with GOD. I was angry at a Him and devastatingly hurt, because He let my eldest become an estranged prodigal who wanted nothing to do with us. As far as I thought, I did raised them right, much better than the upbringing I had.

So, what did I do? I became a prodigal, also.  If my daughter was estranged from me, well, I was going to be estranged from GOD.  Eighteen months later, when I had enough time on my prodigal road, the LORD came calling for me and He brought me back into the fold. He taught me something I never knew before; G-R-A-C-E.   Now, full of grace & shouting it from the rooftops, I can't get along with church members who were just like I used to be. 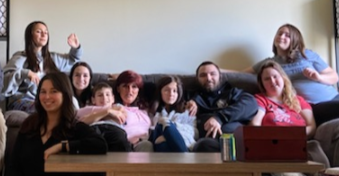 Several years later, now as a former wife, and mother to four prodigals, and single mother of three minor children, my dream now is to become a vessel for all prodigals and sinners, the bruised reeds that Jesus would never have broken, because they knew already just how broken they already were.  I want to help the contrite hearts, the  ones Jesus loves; just like he loved me  when I was a secular sinner, later when I was a "Pharisee," a broken down mother of an estranged adult daughter, then as a sinner-saved-by-grace prodigal, as a cancer survivor, and now, the broken mother of an estranged adult son, and an abandoned wife who was recently served divorce papers, basically, now, as a sinner, saved by grace who knows how to love like I never knew before.