Paul's thorn in his flesh vs the knife in my back 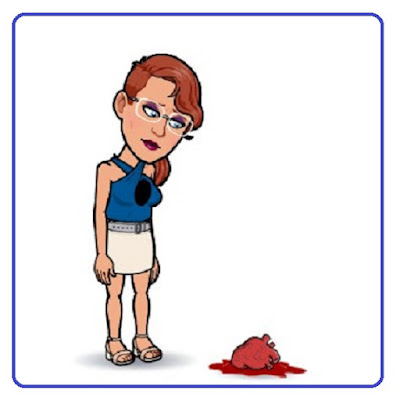 I think I may have won that one hand's down.  No one knows what the thorn was in Paul's flesh, but it affected his carnal nature, because whenever Paul talked about "flesh," he was always referring to our carnal nature.  He also wrote this  soon after writing Romans, and if you've read Roman chapter 7, you will find out just how human Paul was.  The church seems to forget that. So, take a moment, go read it, then come back.  ROMANS 7
I know pain, and I know it well, both kinds.  I don't have a thorn in my flesh, I have a knife in my back.  Life as a married widow!  It's a term I coined, defined as  married on paper only, in separate abodes, with NO hope of the marriage being resurrected.
It's been so long, now. It was near six years ago, while going through radiation hell, having my throat burnt to a crisp since I first got stabbed in my heart through my back.  It was wedged in slowly, deeper and deeper until it reached my heart.  Once it hit my heart, I began to bleed out.  Because of Christ's cleansing, life-giving blood shed on the cross for me, I have been able to get a "transfusion" as many times as needed to survive, until the platelets built up to stop the hemorrhaging.
I'm not bleeding anymore, however, the knife is still there.  I've learned to adjust to it, sometimes it doesn't even hurt that much.  I've learned to sleep on my side fairly comfortably.  Most times, I can wake up enough, so that I can sit up if I have to roll over, however, there are times when I'm so worn out from trying to avoid bumping it on something, that I automatically roll over in my "sleep" and then it jabs my heart, again.  The blood trickles, and Jesus gives me more of his, but the pain is worsened for a time.
Every once in a while, the devil will come by and twist it, just to cause me some more pain.  Sometimes, I can fight him off, but there are times when my hands are tied. I'm exhausted from the fight,  and I am defenseless on my own, until GOD sends help.
Only GOD can remove the knife, no human can.  He has promised that one day it will be removed, and I will be stitched up good as new.  I will forever be permanently scarred though.  It's a good thing it is in my back and covered by my clothing.  It will forever be there, though, and every once in a while, I imagine I'll get an itch back there that needs scratching, and it's in a difficult area to reach.
I've had enough surgeries to know that when the nerve is cut into, the immediate area becomes numb permanently, so the itch will be a phantom itch, unrelieved by physical scratching, but just as itchy until the nerve settles down and it goes back to being numb.